For treating the kids who get on his school bus like his own, Curtis Jenkins, a school bus driver, received a brand new car as a gift.

His salary was also increased in recognition of the special way he takes care of the children, making them feel at home with him.

The kids love it

Jenkins, who works for Lake Highlands Elementary School in Dalla, Texas, strives to put the children at ease. 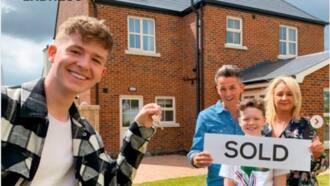 Do you have a breakthrough story that you would like us to publish? Please contact us via [email protected]!

He took his job so seriously that one of the kids said he (Curtis) was the father he wished he had. He gives gifts to children on special occasions such as Thanksgiving when he would have also given out turkeys.

His kindness was rewarded as he received a car gift in a viral video that was shared on Youtube by CBS Evening News.

He was so happy when the key to the brand new car was handed to him. It was a huge surprise, but many in the room squealed in jubilation.

Reacting, Jenkins said the children were his community and he loved them all.

In a related story, Legit.ng reported that American basketball legend Shaq O’Neal has bought a brand new car for a family. 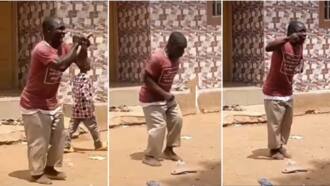 The retired star reportedly learned that the family had a problem with their old car and decided to intervene on their behalf.

After offering them the car, the basketball star also took them to dinner. He didn’t stop there because he also tipped the waitress who served them with the sum of $1,000. The story of her kindness has gone viral and has warmed many hearts online.

Teachers will get a pay raise after certification